Moshtix Weekender 033: Your Guide To What's On This Weekend 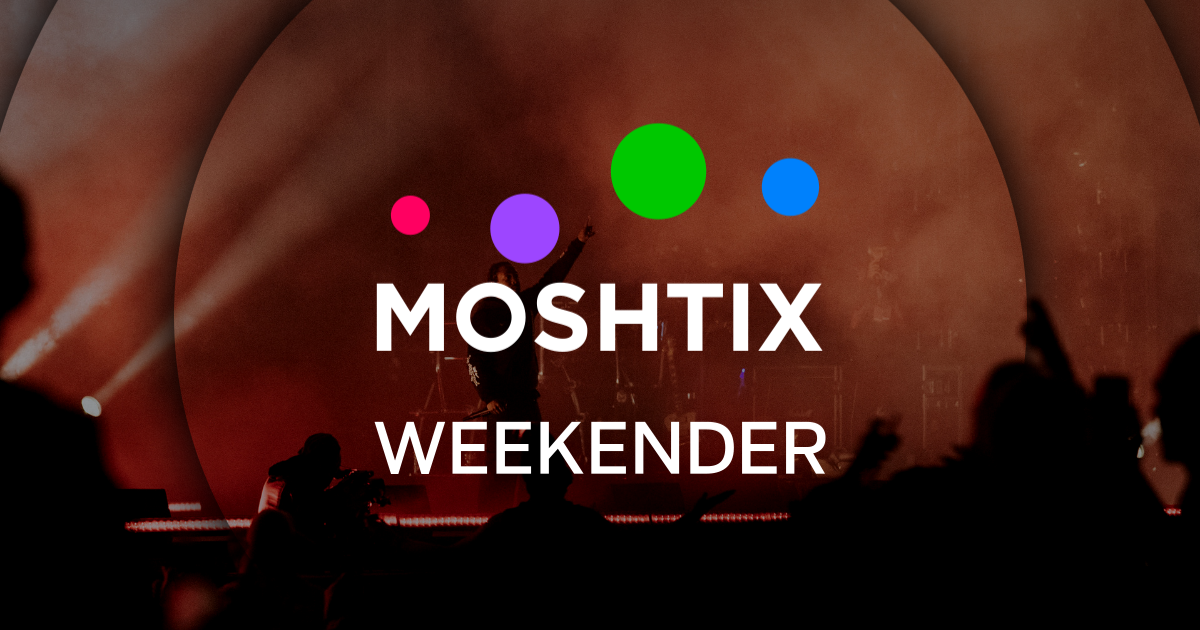 It's been a wild week and I don't know about you but I'm pretty keen to get stuck into the weekend! For those who haven't gone into full winter hibernation mode yet, here are some gigs you can head along to this weekend.

Australia's biggest and best pop culture convention, Supanova is coming to the Gold Coast, providing a fun-filled event for all ages. It also brings a once-in-a-lifetime opportunity to meet some of your favourite Supa-Star celebrities.

If you enjoy a 'Five Star Laundry' service then 170 Russell have a real treat for you. They Welcome ARIA chart aficionados Motor Ace to the stage tomorrow night to perform hits and album faves from their 'Five Star Laundry' album and later albums 'Shoot This' and 'Animal'. You won't wanna miss this one, that's for sure!

Get ready for an injection of funky disco tunes at Howler this Saturday night as Melbourne's Vaudeville Smash take over to the band room to launch their new single 'Cucinated', produced by Grammy-winning producer Bobby Holland. They've built a pretty wild reputation for their explosive live shows and Saturday nights performance will be no exception.

Dutch-born and Australian raised DJ, MaRLo will be bringing his epic trance tracks to the decks at Waves this Saturday night alongside iconic electronic producer duo Sunset Bros.

If you're in the big smoke (aka Sydney CBD) this Saturday night we suggest you head to Marquee at The Star Sydney and suss out Melbourne Sound legend Will Sparks. This is one producer who is showing no signs of slowing down anytime soon so you better believe Saturday's going to be a big one!

If you're on the hunt for a gig that's a tad slower in BPM you should definitely check out Neon Tetra. They're a five-piece hailing from Adelaide and they're bringing their groovy funk tracks to Rad Bar this Saturday night.

For all my house music lovers out there, this one's for you! Head to Zhivago Nightclub this Sunday and immerse yourself in some of the finest House tracks brought to you by UK DJ Weiss. You have our permission to party all night long.

After taking 6 months off and out of the spotlight, Dan Sultan is back and ready to take on some fresh new challenges. He's playing at Freo.Social tomorrow night, celebrating the release of his 'Aviary Takes' collection.

Empire Blues is an established, dynamic Blues Power trio whose primary influences come from the British Blues. Catch the three musicians showcase their evolving blues sound at Duke of George this Sunday.

Are you a blues swamp-groove kinda person? If the answers yes then you should definitely clear your calendar this Saturday night and make your way down to The Waratah Hotel and check out Tex Perkins as he showcases his exciting new sound with Matt Walker (the Fat Rubber Band).

If you're after something a little more Neo-soul vibe Mocane has you covered. Enjoy their unique sound of Neo-Soul, Post-Rock, Fuzz-Roots and Dub-Trips this Saturday at Republic Bar Hobart.

Finally, we have an event for all our NT fans out there. Tomorrow night catch ARIA Award Winner and Blues and Roots veteran Russell Morris at Beachside Pavilion. Prepare for a fun night full of good times and even better Blues & Roots tunes.