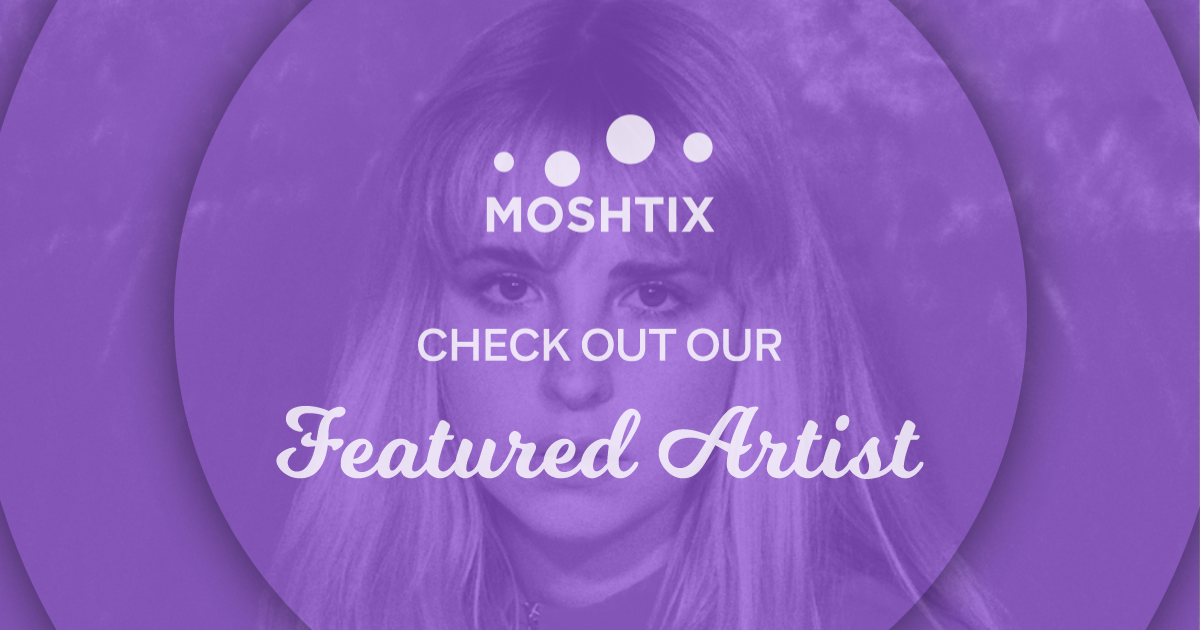 UK- based singer-songwriter Laurel Arnell Cullen aka Laurel has been writing songs since she was 11 years old and at the age of 14, began performing at local pubs. Laurel's unique approach to songwriting and focus on DIY production has definitely put her on the map in recent years.

Laurel will be heading to Australia for the first time this May, bringing her incredible debut album 'Dogviolet' along with her. Before she makes her way Down Under we sent her a few questions to find out a little more about the day in the life of a rising indie-pop star.

What is the last track you played on Spotify?

What was the gig/festival you ever attended?

Miley Cyrus at the O2

What artist would you most like to collaborate with in the future?

Once I came off stage in France at a big outdoor festival. I walked into a palm tree and got stuck in it with my guitar as the crowd was shouting for me to do an encore but I couldn't get out.

I warm up my voice have a couple of drinks and just hang out with the band, pretty boring stuff going on back here.

What's the first ever album you purchased?

If you weren't a musician what would you be?

I've been writing books recently. I wouldn't mind being a full-time writer.

I played the Dome in London in October last year. I've always wanted to play there, and it's been my biggest headline show in London so was pretty special to see it packed out. I was really overwhelmed by the response.

How did you get into the music industry?

I've written songs since I was quite young. I started uploading them online and playing gigs locally and it got discovered by some blogs which then lead to the industry finding it.

What would be your one word of advice for anyone looking to pursue a career in the industry?

Have conviction in your art.

Catch Laurel in Melbourne at The Corner Hotel on Wednesday 22 May and in Sydney at Oxford Art Factory on Thursday 23 May.

Want to win tickets to her Sydney show? follow the link below to win one of two double passes!