Moshtix Weekender 015 - Your Guide To What's On This Weekend 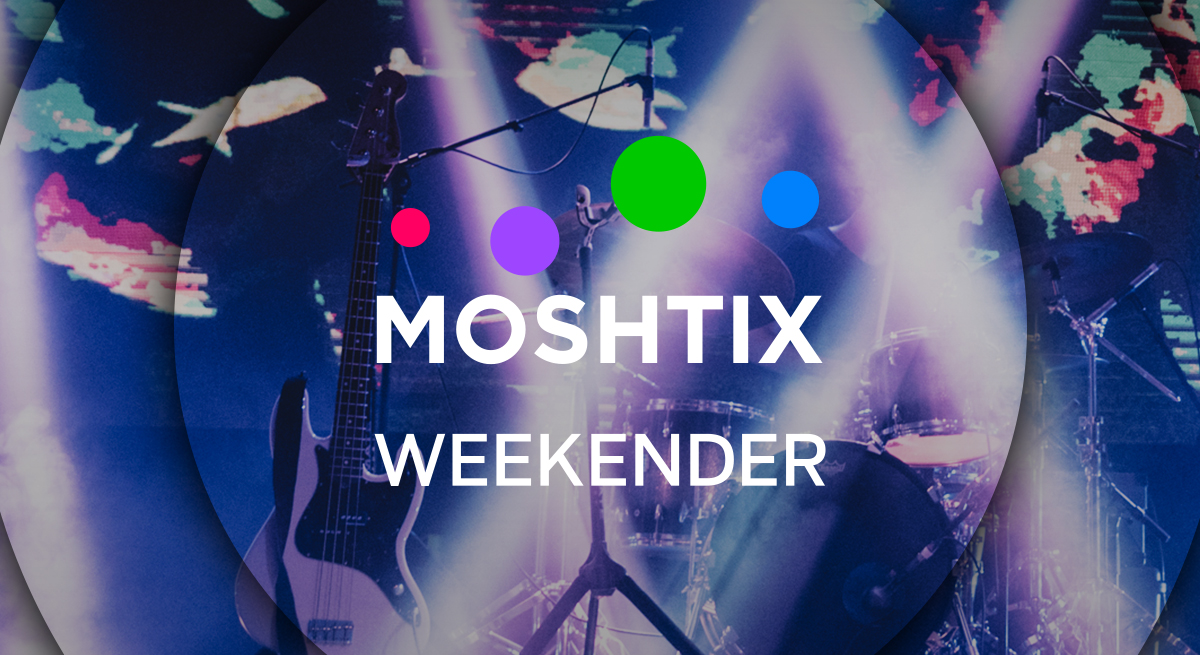 One more day until summer is officially here and we're beyond excited for the silly season to begin. To help you kick-start your summer we've hand-selected a bunch of events for you to check out this weekend. See you on the dance floor!

Fairgrounds Festival takes over Berry Showgrounds this weekend with live music kicking off tomorrow from 4 pm. Catch live performances from Vance Joy, Pond, Courtney Barnett, Billy Bragg, The Breeders and more. They've also set up a kid-friendly stage for anyone wanting to bring their little ones!

For those who aren't so keen on the festival vibes, we suggest you check out Cash Savage and The Last Drinks at Oxford Art Factory tomorrow, celebrating the release of their fourth studio album 'Good Citizens'. The Chippo Hotel also host US band Radiator Hospital with supports by Max Quinn and Sportsbra.

On Saturday our pals at Chopdog Entertainment, Sydney Brewery and Ready.Aim.Fire come together to present Party Animals 2018! A festival held at Hamilton Station Hotel that aims to raise awareness of issues associated with depression, suicide, anxiety and other related mental disorders, with 100% of profits being donated to Beyondblue! Catch performances by The Bennies, Hightime, Stolen Youth and a bunch more epic punk and hardcore bands.

Fancy a mid-day wine? On Sunday The Dolphin Hotel is hosting a wine and food festival called Wet Dreams #2, featuring 40+ producers, growers and importers. There are also different two sessions on the day you can attend too, depending on how long you like to sleep in.

If you like a good chuckle... let's face it! who doesn't? Head to The Toff In Town tomorrow night and catch Perth comedian Emmanuel 'Emo' Majok's hilarious comedy show 'Not Quite Grown, Yet'.

To celebrate the release of his new album 'DORK', Ryland Rose will be playing a special show at Boney on Saturday. The hometown show will be the first time Rose has performed new tracks off album too!

The Flying Cock and TBC Club are bringing Brissy locals an epic day party this Saturday to launch their newest party Panoramic, featuring lo-fi electronic DJ and producer Mall Grab. For those who like their Saturdays a little more chill head to Woolly Mammoth, where you'll hear the rich gritty vocals of pop-rock artist Shanon Watkins, launching his debut album 'Everything I have'.

If a Sunday get together is your thing, Capulet Bar is hosting Massive Garden Party featuring performances by Eprom and Zeke Beats.

For something a little more laid back, Pialligo Estate will be hosting Grapes of Mirth's Comedy Amongst the Vines, providing everything you could possibly wish for, including seven live comedian performances.

Local garage-punk band Bleeding Knees Club are playing at The Newport Hotel tomorrow night as part of a 15-date national tour with support from garage-psych band Crocodylus. If you're partial to a more alt-rock vibe, The Rubens are also playing tomorrow night at HQ Complex with special quests Little May.

On Saturday the Sewing Room brings surf-rock 3-piece Good Doogs to the stage for their 'Want That' Tour.

If you're out and about on Saturday night, Jive will also be hosting Sydney alternative pop trio Glades, performing their debut album 'To Love You'.

For any of our boxing fans out there on Sunday, Zhivago Nightclub is hosting the official UFC after-party with UFC legends Mark Hunt, Tyson Pedro and Tai Tuivasa.

Get ready for an epic night tomorrow as Thundamentals hit the stage at the newly revamped Uni Bar Hobart for this new 'I Love Songs' album tour.

If you're looking for some tunes to dance to Perth locals Quincy Patti and Yujin Choong aka Oriental Cravings are also playing tomorrow night at The Grand Poobah tomorrow. Check out their sound cloud here.

Born and raised in the Northern Territory, Stevie Jean has made a big impact on the national music scene. She's launching her new single 'Estranged' tomorrow night at Happy Yess from 9 pm onwards.