This event is currently unavailable and tickets are not for sale at this point in time.

A pontificating bogan for your entertainment.

Described as an "engaging presence" (Chortle.com) 3-time Deadly Funny National finalist Cy Fahey has a weirdness and confronting sense of identity to his humour, but what else would you expect from a Malaysia-born Aboriginal that looks Greek?

Performing comedy since 2008, every year he has written at least 5min of actually good jokes. He has decided to bring together his greatest hits, despite never having a first album.

In his debut solo hour, Cy puts his unique tongue in cheek spin on getting older, online dating and identity politics. No dark stories or personal journeys. Just a mic, punchlines and your laughter! 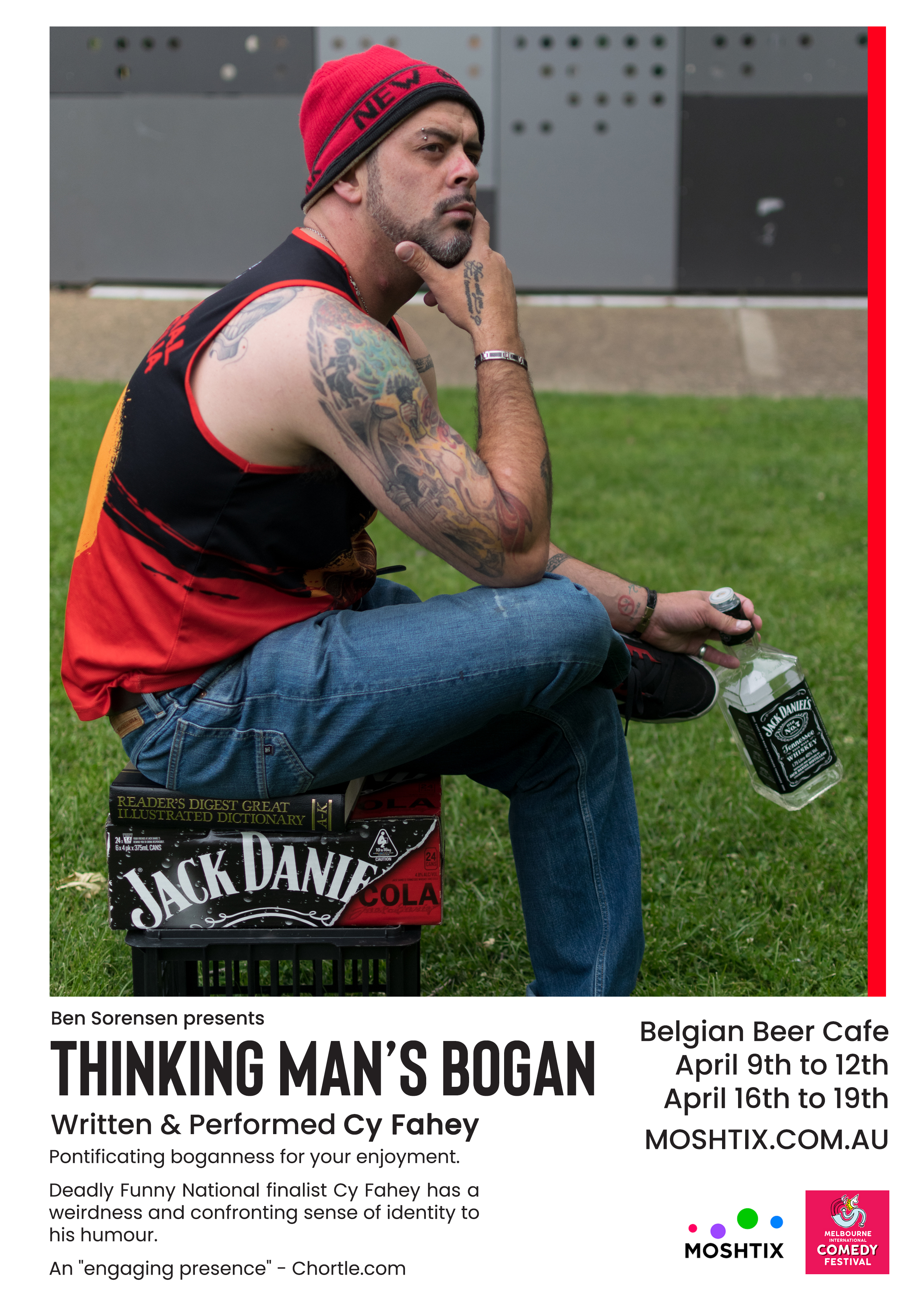 This event managed and promoted by BEN SORENSEN.
For more info on Ben and his antics CLICK HERE.

All Ben's events are LGBTQIA+ Friendly and intended as a fun safe environment for everyone.